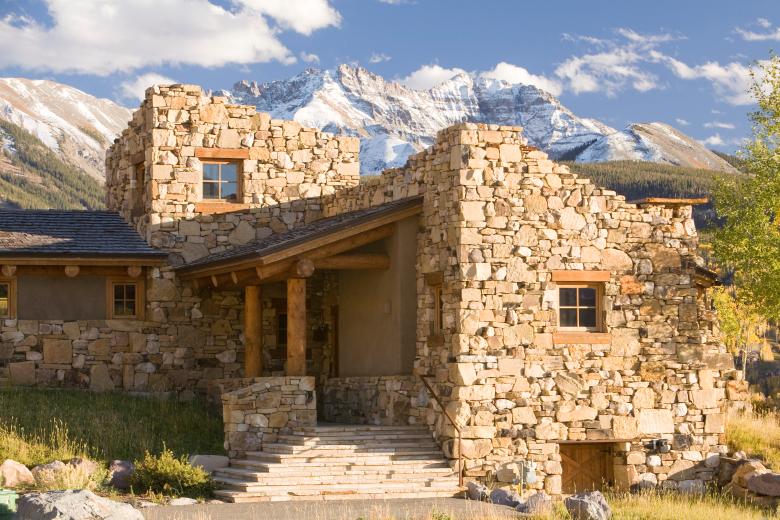 The design of this cabin was inspired by the Lookout Studio perched along the southern rim of the Grand Canyon, designed in 1914 by Mary Colter. This guest house at Sunnyside Ranch embodies the style of architecture popular in the 20th Century in the southwestern US area, often known as National Park Service Rustic. Similar to its inspiration at the Grand Canyon, this home, designed by Bercovitz Design Architects, rests on a natural red rock escarpment, which overlooks the valley expanse below and the rugged mountains beyond. Oversized boulders from the region, as well as logs used in post and beam fashion give the structure a western rugged feel. which itself was influenced by Native American pueblo architecture. The interior uses the same materials - such as natural plaster and flagstone - to emphasize the integration of the structure with the landscape. The low profile and small size of the structure are intended to blend with the region, rather than compete with the natural beauty. The home includes a great room, kitchen, and two guest bedrooms, along with panoramic views.